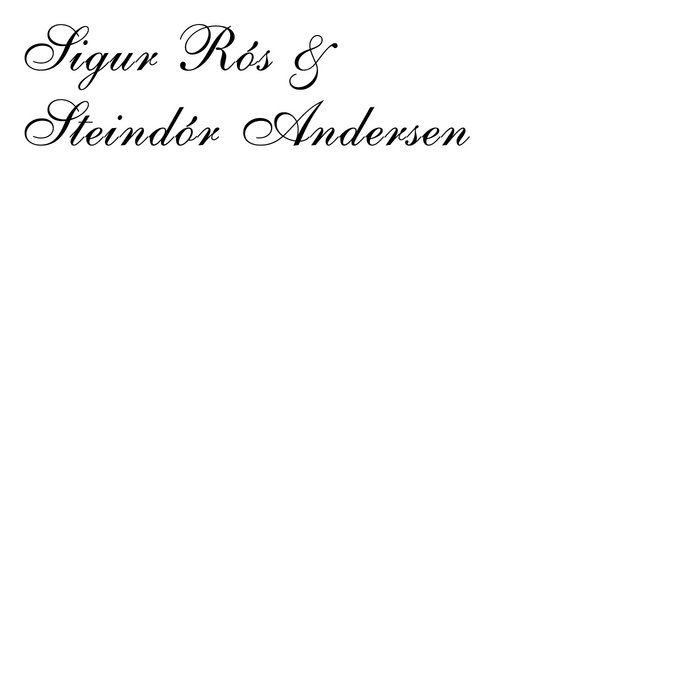 Balduranne I love the vocals in this unusual acapella album. If only it were longer! Favorite track: Lækurinn.

Your boy, Mikey B

in early 2001, sigur rós set out to record some songs in their newly-completed álafoss swimming pool studio with their friend steindór andersen. steindór andersen is a fisherman and chairman of the icelandic poetry society, called iðunn. steindór is a chanter/singer of the traditional icelandic epic poetry form called rímur. rímur are narrative poems which generally tell stories of icelandic heroes and epic battles which have been passed down generations in iceland through word-of-mouth since the 14th century. rímur were regarded as a performance art; a good rímur chanter would engage his listeners with his clever rhyming schemes and catchy melodies. rímur were performed on winter nights when inhabitants sat occupied by their work (making clothing from wool, wreathing horsehairs into ropes, cutting tools from wood, etc.) for seven centuries, this was icelanders' only branch of entertainment and it's only recently that this tradition has dissolved.

the steindór andersen ep contains six songs, three of which sigur rós accompany him on. two songs feature steindór alone and the last song on the cd is steindór and his friend sigurður sigurðarson singing the poem lûkurinn (the stream), recorded under the bridge of the stream by sigur rós's studio.